The two satellites were launched to 250 kilometers were the remained in orbit for less than a month each before their batteries died and silenced their radio link with China.

The project was largely performed by the New People's China's Liberation airforce for the benefit of high and excessive altitude research. The value of this data being important to gauge the extremes of natural risks at high levels so that the engineers on HAB may account for them. The target altitude was set at an excessive 200km in order to get the conditions that may exist at HAB's target altitude of 100km at their most extreme. The purpose of which was to prepare doubly for any issues that may occur and make room for any potential alternations to the HAB line overs its design future.

The two satellites were shot into orbit through the use of the experimental Type-1 and Type-2 rockets. Test fires of the early rocket designs proved to be a disaster and were only barely touched on in the early stages of the project. After the barely succesfull launch of OARP 1 on the Type-1 design rudimentary changes were made to cut vibration and hopefully stabilize the fuel.

The Type-2 model and subsequently OARP-2 was launched ahead of scheduel and miraciously survived the flieght into space.

In structure the satellites are very simaler to what we know as Sputnik. Their main body was a metal orb containing he radio and measuring instruments. Antennas on the rear provided operators in Gobi-1 the data collected on its twenty-some day flieght on an encrypted network.

The front-most antenna on the satellite served primarily as an instrumentation device containing photon sensors, a gieger counter, themometer, and barometer.

The outer shells are light-weight steel. To help conceal them their hulls remained dull, the only identifiable feature being the NPC ensignia painted on their sides. The two craft were left to orbit on their own kinetic energy after being released from their respective rockets.

The twin satellites made complimenting measurements on the amount of radiation in the upper most reaches of the atmosphere and the level of light passing in space.

The two sattelites found that the upper atmosphere (the Thermosphere). The project - through both satellites - turned up a curiosity. The thermometers on board read that the total temperature was well below zero degrees Farenheit. However the other instruments were picking up high amounts of activity from radiation and excess light across varying spectrum. The on board barometers also reported incredibly low pressure.

Until confirmed, the current theory is that given the nearly non-existent atmospheric pressure at this altitude that the molecules present are too far apart to read temperature in the traditional sense and that the thermal instruments can not measure the total temperature through conventional or traditional means.

Both satellites failed to return to Earth before their batteries could die and are likely still in orbit. Although considering their construction Chinese engineers feel that should both re-enter the atmosphere they'll burn up to the point of disintergration or break up into unidentifiable chunks. There's high probability that granted Earth's land-sea ration that any parts will land in open ocean and sink.

As of July 1976 it's believed a Spanish scientist may have located one of the two satellites still in orbit. Although with their batteries dead and no longer transmitting data they are silent and difficult to varify as either being artifical or a passing meteorite.

During the Spanish launch of their first manned space-craft Cohete I it is noted the pilot notices and intercepts one of the two OARP craft in orbit. 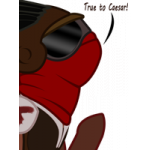 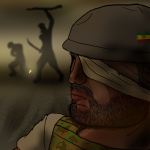